Everyone’s got a list of things that they would be doing to better themselves if only they “had the time.” In this week’s episode, Krystal explains what we really mean when we say “we don’t have time.”

Think meditation is hard? Do me a favor. Take a slow, deep breath in. And now breathe out. Congratulations. You just meditated. Hi, I’m Krystal Jakosky, and this is Breathe In, Breathe Out, a weekly mindfulness and meditation podcast for anyone ready to own their own shit and find a little peace while doing it.

Hello and welcome back to Breathe in, Breathe Out. I am Krystal Jakosky and I’m thrilled that you’re here. I just love doing these podcasts. I think they are so much fun, and I just kind of get to dig in and play around and talk to you about things that I feel passionate about and just lessons that I’ve learned. And hopefully they bring a smile to your face or just a new realization and opportunity for you to change and shift and just live a more authentic life for yourself.

Today is just another lesson. It’s just another lesson that I have learned. I went to massage therapy school, and it was a great time for me in learning a lot of stuff. I went to a school that marries the physical anatomy and biology of the body with the energetic realm and Chinese medicine, and kind of brought the two of them together in a way that I just thought was absolutely beautiful. And it just really spoke to my heart.

There was this one teacher who was very transformative for me in my massage therapy career. He really rubbed me the wrong way, which, if you go back and you listen my Mirrors podcasts, you know that if somebody rubs you the wrong way, there’s probably something in them that is being reflected to you, which means that I had some stuff to learn, which is wonderful. It is often painful and challenging. And, yet, this guy, he was very much a mirror. I got to learn a lot.

During my first class with him, he gave us his opinion of what is super important. His comment was: “If you are late to my class, it’s because whatever delayed you was more important than being here in my classroom on time.”

He was a stickler for being on time. If you were late three times, it constituted an absence. And I mean late by 30 seconds. As soon as that clock hit straight up, you were late.

When he said this, I was a little frustrated. I was like, “Wait a minute. Are you telling me that if I have a flat tire on the freeway, that somehow your class is not important to me?”

And he says, “Well, you should’ve left earlier so that you could be here on time.”

I was like, “I don’t have power over a flat tire on the freeway.” “I know. That was just more important.”

And I said, “Well, what if my grandma dies?” And he was like, “Well, then your grandma’s more important than me, wasn’t she?”

And he said it with such an attitude that it made me feel like my grandma didn’t matter to him. My grandma only mattered to me. And, so, I needed to choose what’s more important. Is my education and being in his class and my grade in his class more important than being with my family at a time of grieving?

Now, you can hear the conflict in my voice. You can hear the frustration because, at the time, it was very upsetting to think that, no matter what I did, if I was late for his class, no fault of my own, he was still going to dock me. There were no “excuses.” There were no reasons that it was okay for me to be late. I needed to be on 100% of the time. With him, he was what mattered. His class was what mattered. And I needed to make sure that that was a big thing.

Now, it caused me stress. It caused me anxiety. It caused me frustration because I felt like he was being a very arrogant man in this understanding and the belief. And I just wanted to kind of pound my little fists and stomp my feet and kind of throw a little bit of a temper tantrum.

I wanted to change his mind. I wanted to help him understand where I stood. And, yet, he was the authority, and it was not my place to prove him I’m wrong. It would just cause a problem between me and him, and the rest of the class would be witness to that. And because he was the authority, he’d probably dock my grade, and I was just in trouble and screwed. So, I had to conform to his attitude of, “He was the most important.”

Made me mad, above-a-three mad. Didn’t like being that way. And, yet, this is what I had to accept. And because I was above a three, if you go back and listen to my podcasts, you’ll know that I knew the issue was with me. The issue was not his. The issue was all with me. I was looking at this the wrong way.

Absolutely. My grandma being sick is more important than that class for that day. And my safety on the freeway is absolutely a given. If I wanted coffee, and I was running late, and I decided to go to Starbucks and get coffee and be late for class, that is something in my control. I should have gotten up early. I should have planned my time better or not gotten coffee. Absolutely. Sleeping through my alarm. Any other irresponsible thing that I have control over is unacceptable. However, there are things we can control and things that we cannot control. That is life.

Conversation I had with family when we were playing cards made me think of all of the times that we don’t have time for. And this fed into my conversation with this teacher, back in school.

And I’m not saying that as an accusation. I totally understand how it can feel like an accusation and make somebody really, really mad. Please hear it the way I intend it.

Absolutely. There are going to be times that you need to choose one thing over another. And the thing that you do choose is the thing that is important. When you say, “I don’t have time for that …” Let me give you an example.

In my studio, I needed some shelves built. And I was like, “I have the tools. I have the wood. I have the stain. I have everything I need to do that. So, I’m just going to build those shelves myself.”

And the next week came, and I didn’t get it done. Two months went by where I did not build those shelves, and I kept saying, “I don’t have time for that.”

They built the shelves. Shelves are fabulous. Love the shelves. Two months went by, and I hadn’t stained them. It turns out that every thing else that I needed to do was more important to me than staining those darn shelves. It wasn’t that important. I did find somebody to do it. I found somebody to take care of it for me because, absolutely, whatever I was doing instead was more important than those shelves. Do you want to know the reality of it? I was avoiding it. I’m going to be totally honest with you in this moment, right here, right now. I didn’t have the time because I was avoiding it.

So, instead of taking the time to pull the drills out and pull out the saw and pull out all of that stuff, I just kept saying, “No. I don’t have time for that.” Instead of putting on my big girl panties and saying, “You know what? I know how to use the saw. I can handle this. I am totally cool with this.”

Own it. Instead of saying, “I don’t have time for the shelves,” I should have just said, “I really don’t want to. I really wish somebody else would do that. So, is there a way that I can do that?”

And if I had done that, instead of four months of beating myself over the head for failing to get it done, it would have just been done, and I would have eliminated all of that upset and frustration.

Admitting, “It’s just not that important,” may be exactly what you need to let go and breathe a little easier. Get rid of the guilt and embrace the truth of, “It really just isn’t as important as this other stuff.”

However that works for you. That’s great. Stop saying, “I don’t have time for it.” Because, generally speaking, there is time, somewhere.

Think of all the things that you tell yourself, “I don’t have time for that.” And then take a minute. Just pick one of them. Out of that list, pick one of them. And ask yourself, “Why don’t I have time for that?” Is there a fear? What is your block? What is stopping you from taking the time to do that? Is that blockage overcomeable? What can you do to change it? What can you do to say, “Oh. I actually do have time for that.” If the blockage is something that you just can’t get over, who can you give that task to, so that you are freed up from the guilt and frustration of not doing it?

“I don’t have time for that.” Uh-uh. It’s just not that important.

Have some fun. Play around. See what new things that you can do and see how much better life is when you actually own whether or not, “Ain’t nobody got time for that.”

I hope this moment of self-care and healing brought you some hope and peace. I’m @KrystalJakosky on Instagram, Facebook, and YouTube. And I hope you check us out and follow along for more content coming soon. I look forward to being with you again here, on Breathe In, Breathe Out. Until next time, take care. 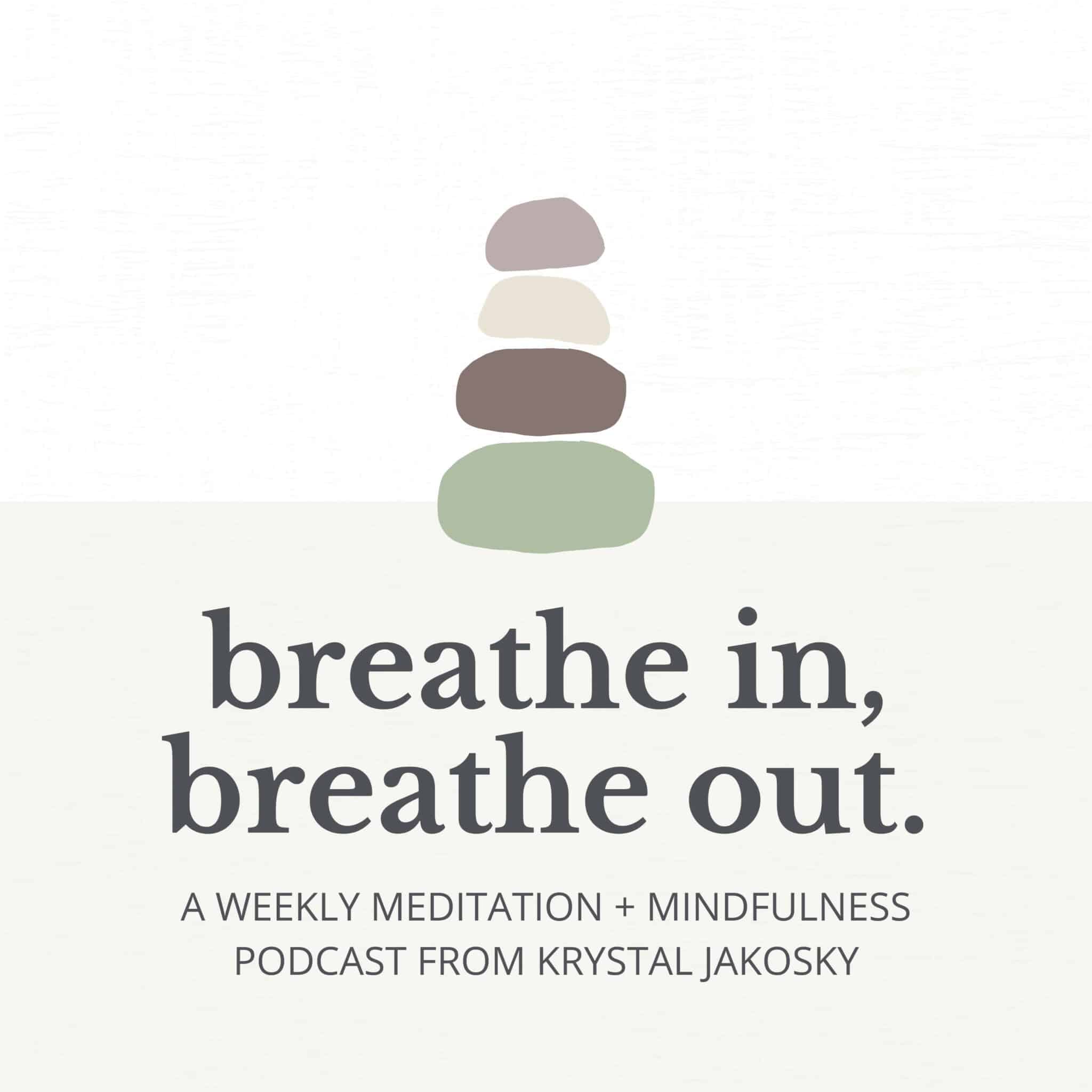 Breathe In, Breathe Out is a weekly mindfulness and meditation podcast hosted by yours truly, Krystal Jakosky. Each week, we’ll release a brand new lesson or meditation focused on helping you navigate your life by giving YOU the tools to become your own healer.

Breathe In, Breathe Out is available now – wherever you get your podcasts. 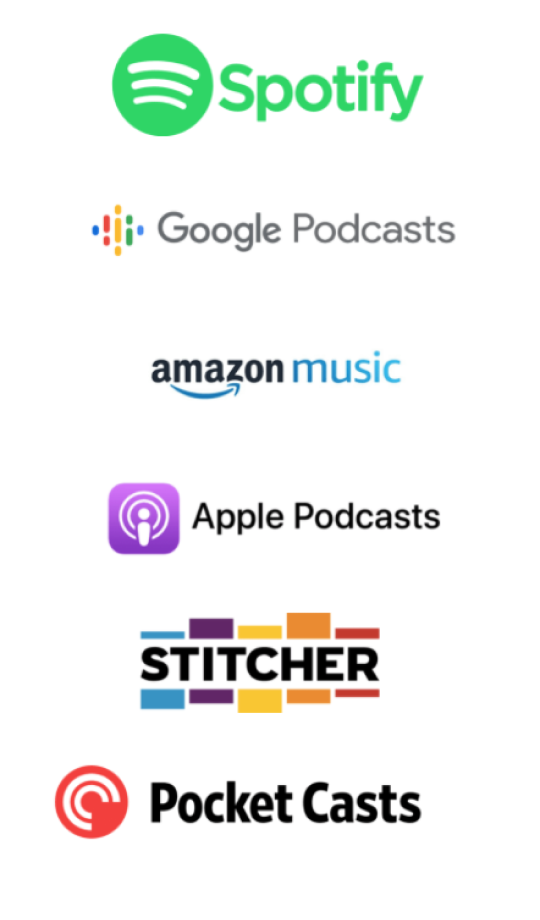 41: Meditation to Help You Shift Gears

40: 3 Questions to Help You Shift Gears

How Can I Help?

Get to Know Me: